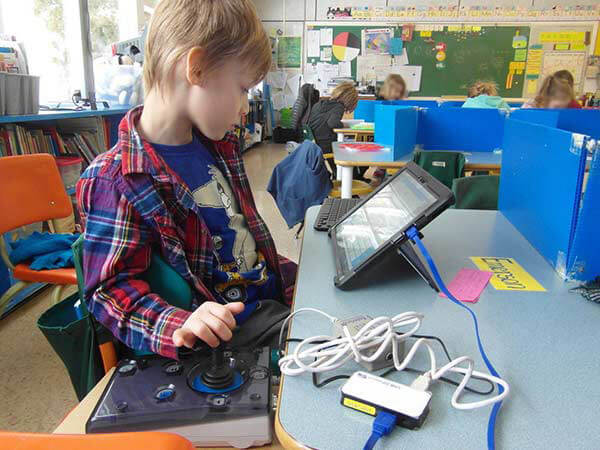 Emerson is a grade 1 student in Ms. Brogan’s Grade 1/2 class at Blewett Elementary in Nelson, B.C. Emerson has a strong sense of character which is an asset when he needs to tackle challenging tasks. He is a hard worker and he has a great sense of humour! He loves to interact with his peers and participate in all classroom activities. He contributes to classroom discussions and he has a good general knowledge about the topics in class. He loves animals and superheroes, particularly The Flash.

Prior to receiving SET-BC service, Emerson struggled to print his work which cost him a lot of time and energy, causing him to fatigue quickly. He relied on the support of an EA to scribe most of his work for him. Without assistive technology, Emerson was very dependent on others to assist him with completing written output tasks.

Emerson has a wonderful team of supportive educators and district specialists that were instrumental in trialing technology to determine what would meet Emerson’s curricular and physical access needs. In collaboration with their SET-BC consultant, they determined that Clicker 7 would be a great tool for written output that could grow with him and his academic needs. Choosing a Surface Pro meant that he would have a number of physical access options that he could alternate between when he is fatiguing. He has a Penny and Giles Joystick mouse, a Jelly Bean Twist switch which serves as the left click mouse function that is activated by his right foot, the use of the touch screen, and a stylus pen. Emerson is able to conserve energy with written tasks and complete them with more speed. As a result, his confidence with using his technology is growing!

Emerson is fiercely independent and proud of his work. If one of his teachers is trying to show him or remind him about how to do something, he will often say, “I know how to do that! I can do it myself.” Emerson learns quickly and values the independence the technology gives him. He is an old soul and wise beyond his years. When his SET-BC consultant was visiting for technology trial support in the fall, one of his teachers said, “We need to listen to Ashley because she’s an expert on this stuff”, to which he replied, “I don’t think she’s an expert because nobody is perfect, but I think she’s really, really good at it”.

In the future, his team hopes that he will become a more independent and prolific writer. He is beginning to monitor his level of exhaustion and complete work with less physical effort allowing him to show his full potential. Most importantly, they hope that this technology will allow him to have a sense of equality with his peers. 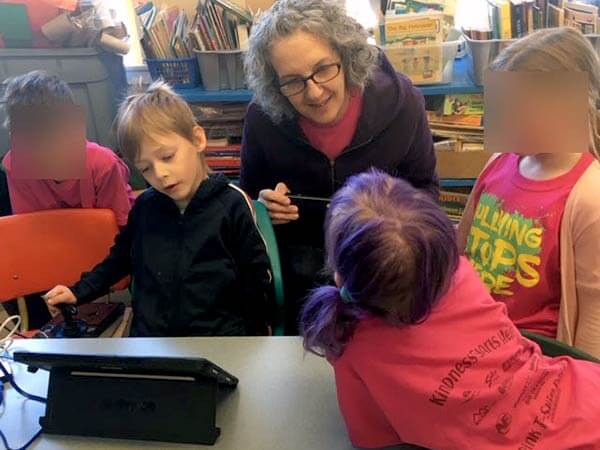 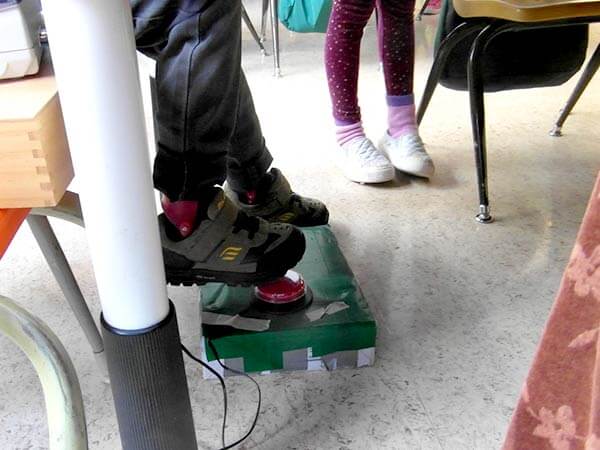 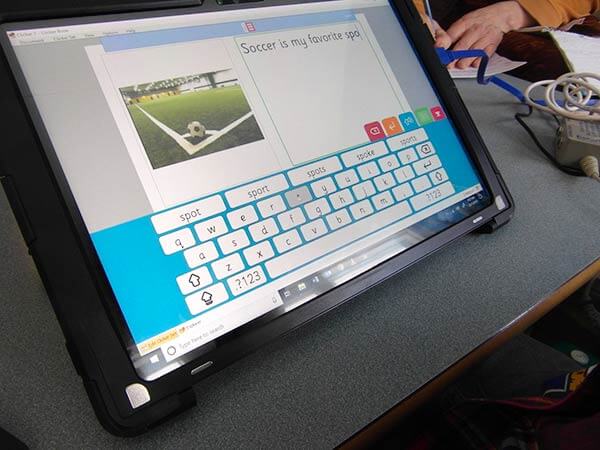